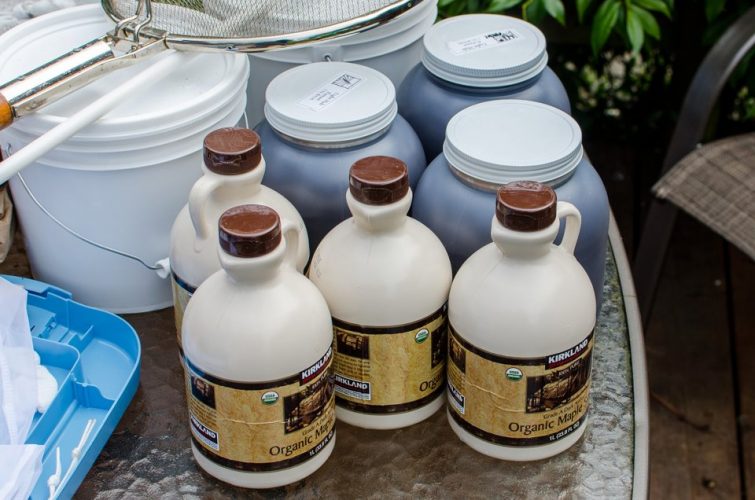 We’re brewing four batches to fill a 13.5 gallon Dry Fly Wheat Whiskey barrel! That should give us enough (~16 gallons or so) to fill the barrel and have extra to top off and maybe keep some as a control batch.

For our barrel project we decided on the recipe from The Homebrewer’s Recipe Guide that we used on our first test batch. 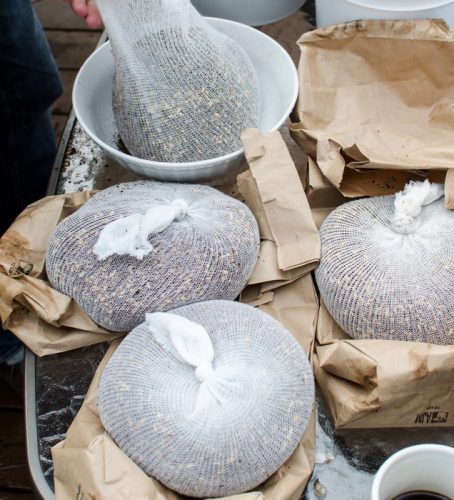 The recipe for a single batch, with substitutions noted: 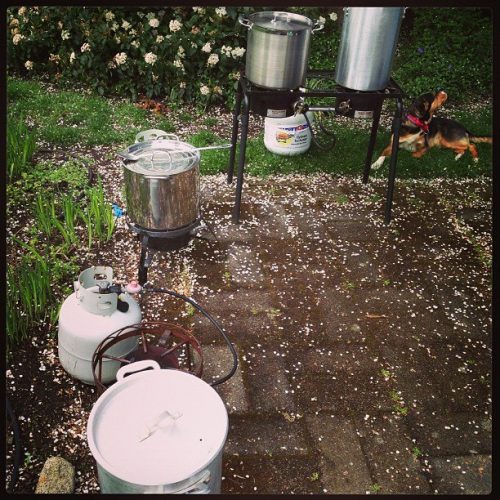 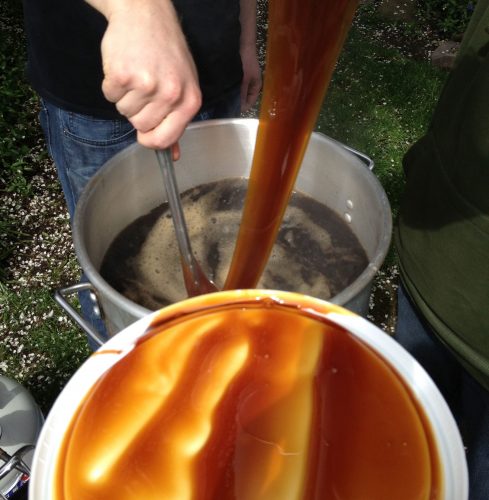 10 lbs of liquid malt extract for each batch! And of course we had a boil-over (but only one!). 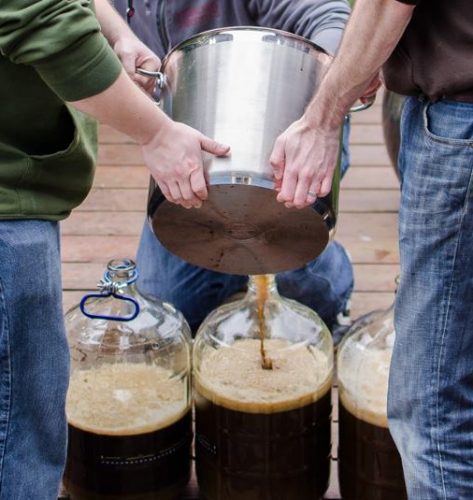 We split the four batches across five carboys. Most were 5-gallon carboys, which didn’t hold a full batch during primary fermentation of our earlier test batch. 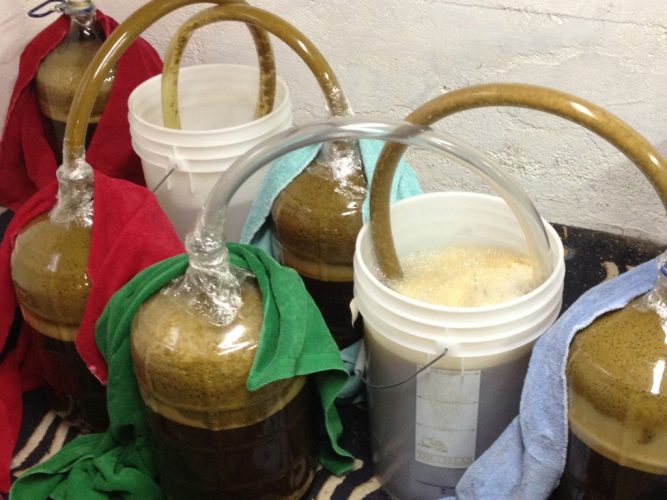 All tucked in for a good nights sleep? Not exactly. We probably should have known better than to use an airlock on such a big beer! Unfortunately, we were short one blowoff tube and had to get an emergency blowoff tube to avoid an overnight disaster. 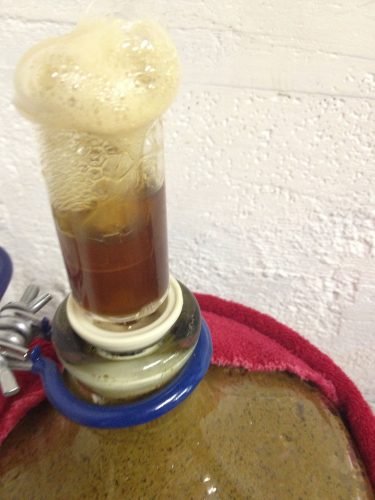