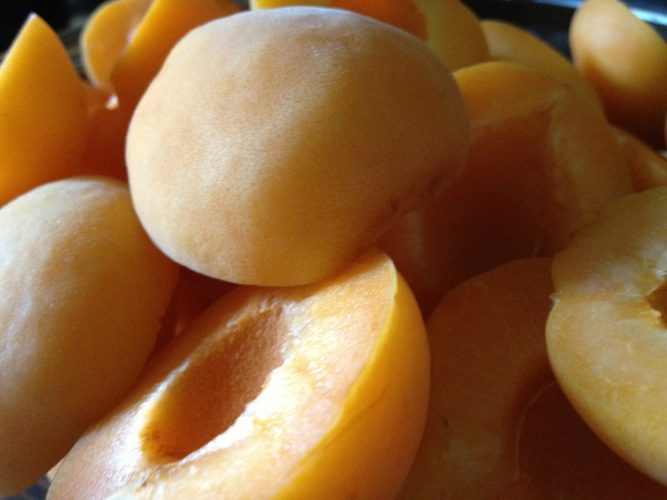 This is a hodgepodge of a few recipes. I made my own apricot purée from fresh fruit. Hope it turns out ok! I made this one with help from my wife.

Update July 10, 2013: The second bottle for opened is from the middle of the bottling process and has much less sediment. It is less tart and tastes much better overall! Good apricot aroma and not overpowering with the apricot. Much better

Update August 17, 2013: Different bottles have been pretty hit-or-miss. I think that we didn’t let it settle enough after transferring to the bottling bucket—especially because we kept disturbing it by adding more apricot extract and re-stirring after each addition. We were probably too impatient. 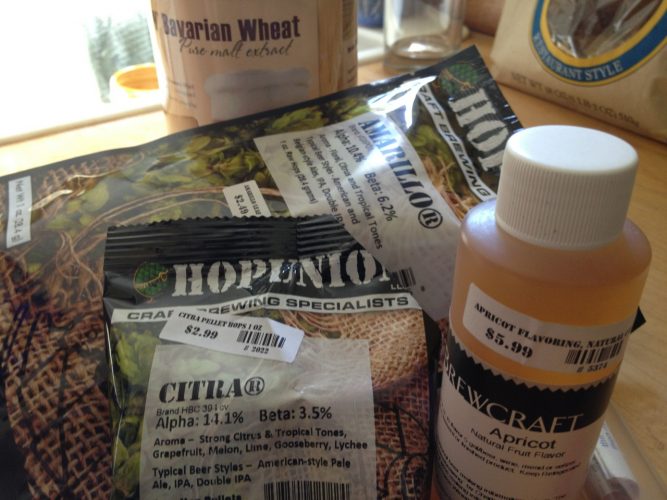 I wish I had used less of the CaraVienna malt (maybe only 0.25-0.5 lbs). It would have kept the color lighter and I’m worried that the Honey malt will make it too sweet/caramelly. (Update: This wasn’t a problem after all. Too bitter if anything)

For the yeast I also considered 2565 Kolsch (for fruitiness) and 1010 American Wheat (but didn’t want any banana/clove). 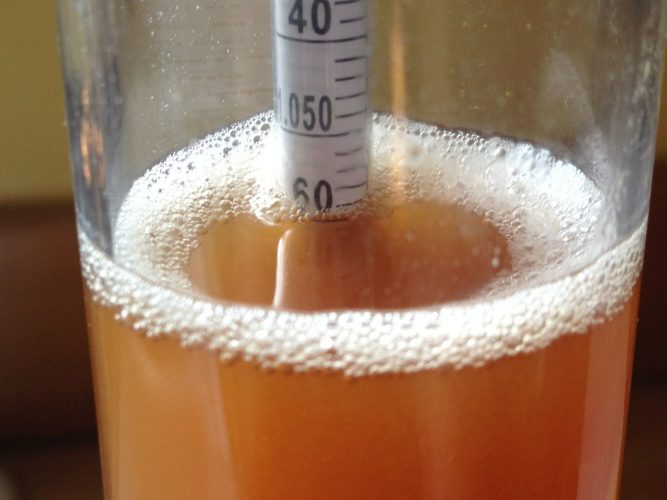 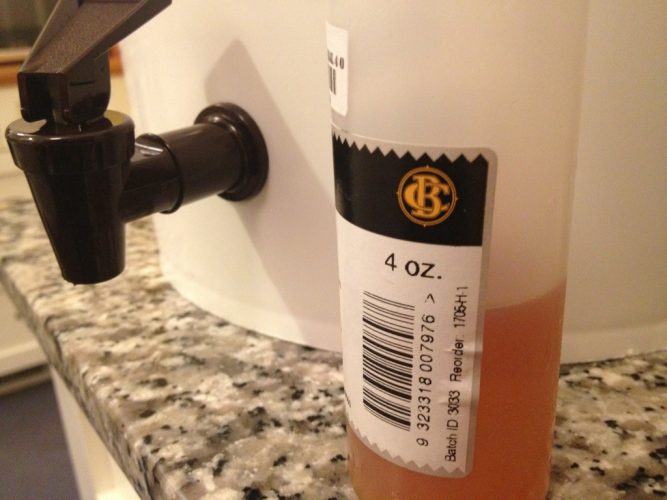