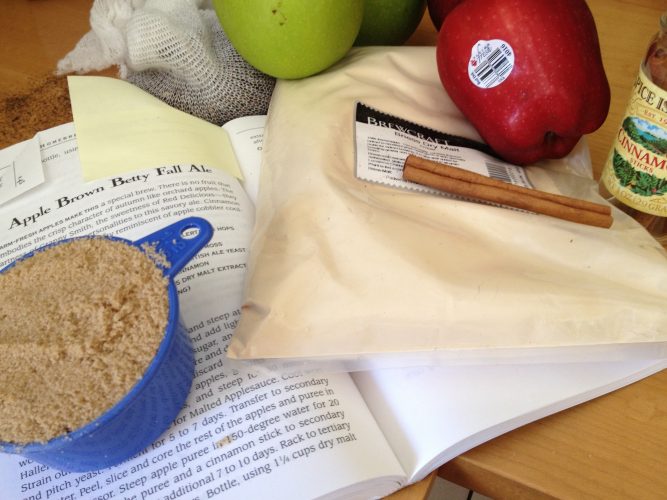 I’m trying out brewing a small (half) batch recipe because this recipe might not be any good. Even if it is good, I don’t know that I want a full 5 gallons of this, so I just split the recipe in half and left all of the timings the same.

A 2.5 gallon batch seemed like an easy task for the kitchen stove. Unfortunately, bringing 2.5 gallons to a boil took a lot longer on the stove than with the turkey fryer!

Initially I think it tastes a bit watery and I did not notice much apple or brown sugar flavor. Maybe the lack of apple flavor is from using a mesh grain sack to keep the mess contained? But the lack of other strong flavor means that the flavors are just too subtle overall and need to be increased for my liking.

Update: I don’t know if it got better with more time in the bottle or if the flavor grew on me, but I liked this beer the more I drank it. The apple flavor is subtle, but it is there. I don’t know if I would make this again, but everyone else seemed to like it quite a bit.

This recipe is from The Homebrewer’s Recipe Guide. The main recipe (not including the puree) is pretty simple: 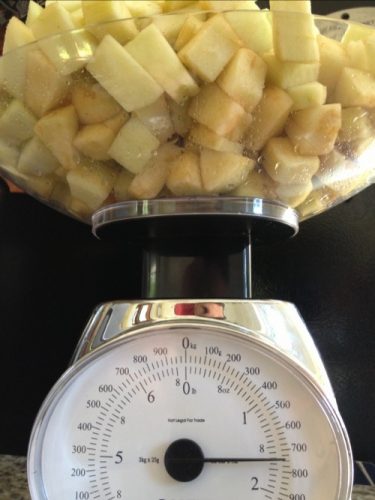 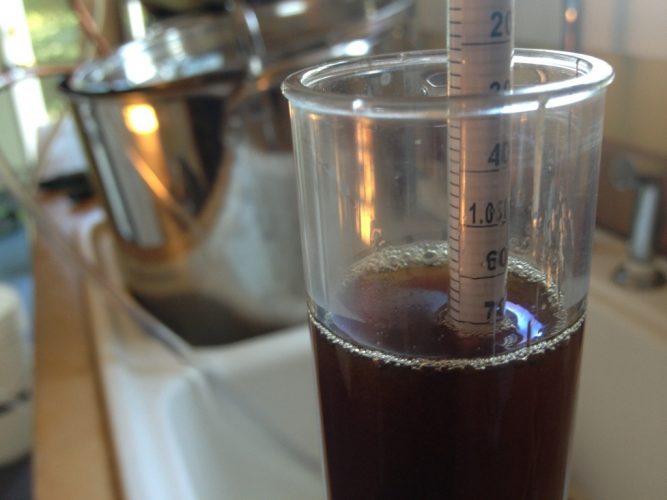 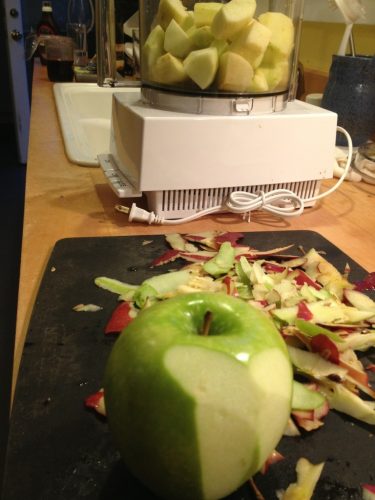