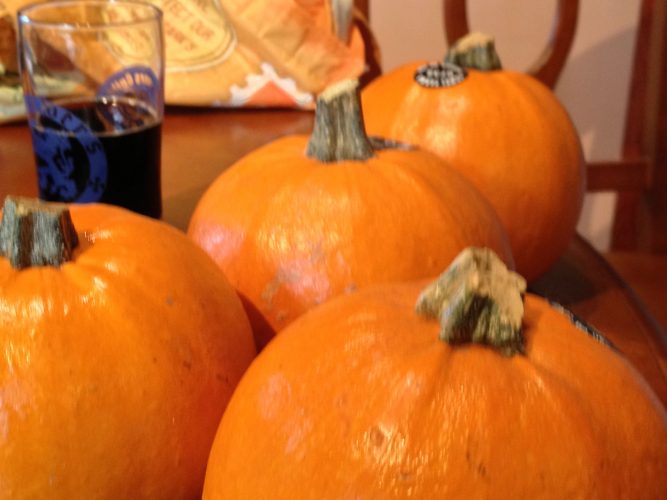 This is the fourth year of brewing the Punkin’ Porter, which is the only one of our brews that has made so many repeat appearances.

Before kicking off our brew day we did a side-by-side tasting of the 2012 and 2011 batches. Unfortunately, the 2012 had a slight sour note to it. I assume this comes from experimenting with roasted pumpkin seeds, but really could stem from any part of the process of using real pumpkin. The 2011 batch was—even after two years—pretty amazing! 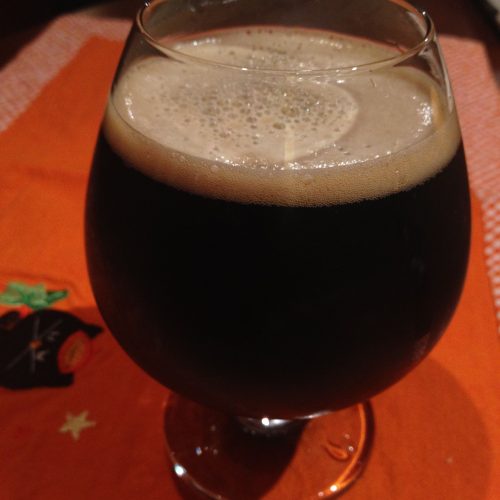 The photo makes it look as though there is more carbonation than there really is, but at least it isn’t flat. I’m very happy that it has any carbonation after the disaster of our first attempt to keg carbonate and bottle with a counter-pressure bottle filler.

Tastes good and roasty with a nice amount of spice. If anything I think it’s a little heavy on the pumpkin; it has a real thick mouthfeel. 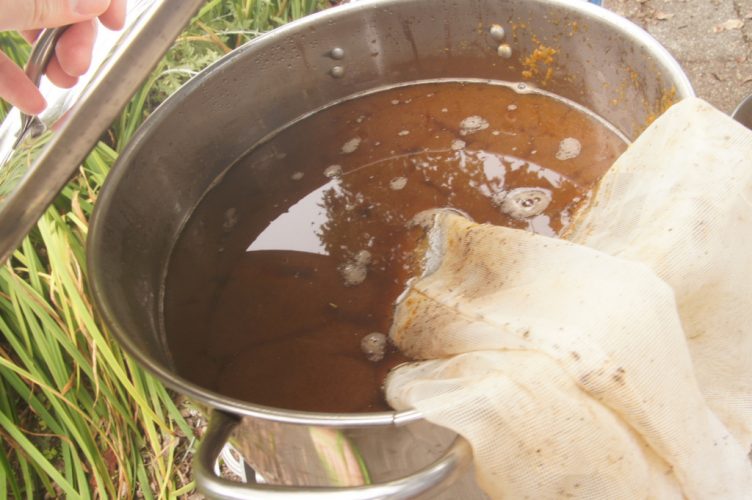 We followed the Extreme Brewing recipe but only used canned pumpkin this year.

Update October 7: After a week the keg hasn’t carbonated as expected. We initially had the PSI too low (only ~14 PSI) for basement temperature of around 63 degrees (we guessed 50). I’m upping to 30 PSI to try and get it carbonated and can then level it out.

Update October 15: Bottling was a disaster. We made a huge mess and spilled beer everywhere with the counter-pressure bottle filler.