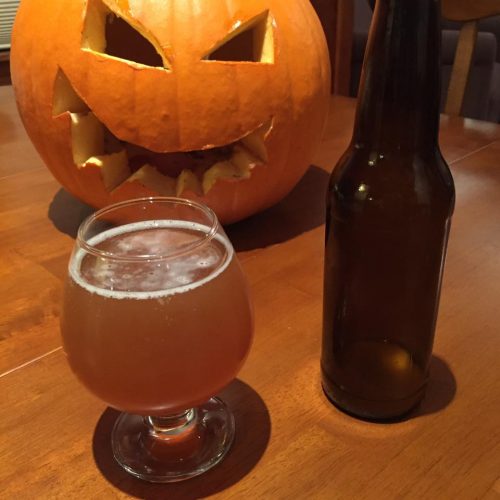 For our annual pumpkin beer this year, we wanted to try something new. Jer found this article about designing the perfect pumpkin beer, and the mention of a Belgian pumpkin ale sparked our interest. Maybe we’ll get more pumpkin flavor with a lighter beer (compared to our usual Punkin’ Porter recipe).

See all of our previous Pumpkin Beers here 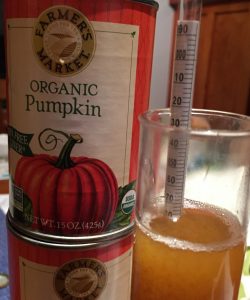 It’s not bad, but it’s not great. Much better than we expected when tasting the beer during bottling. It wasn’t fully carbonated when cracking open the first bottle after 12 days, but was on its way.

I think my favorite year so far has been the 2013 batch.

Update: After another week or so the beer did get carbonated and is actually pretty good. It’s got a lot of pumpkin flavor and a lot of spice. Maybe too much squash flavor. I wouldn’t repeat this recipe exactly, but it’s much better than the brew notes (below) were predicting. 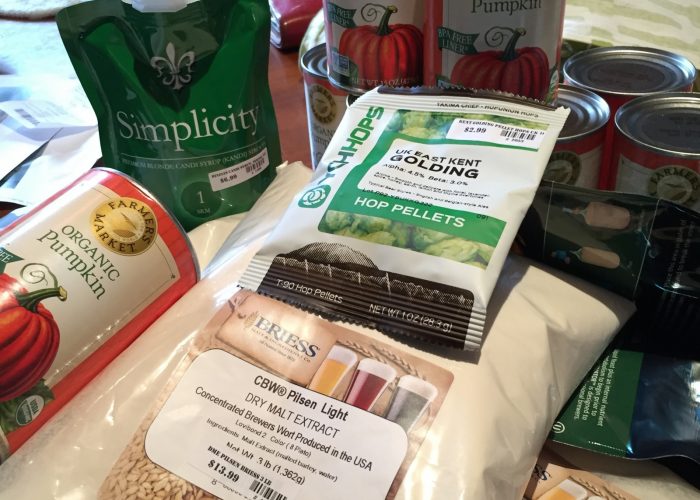 We started with the clone recipe for the Double Enghien Blonde Ale in the CloneBrews book. We made a few substitutions based on what was available, but nothing that should be a problem. 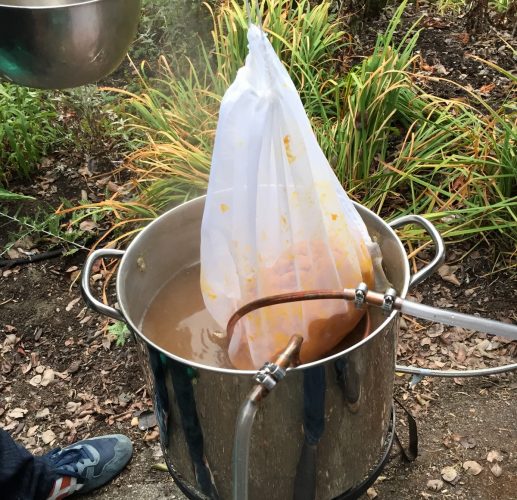